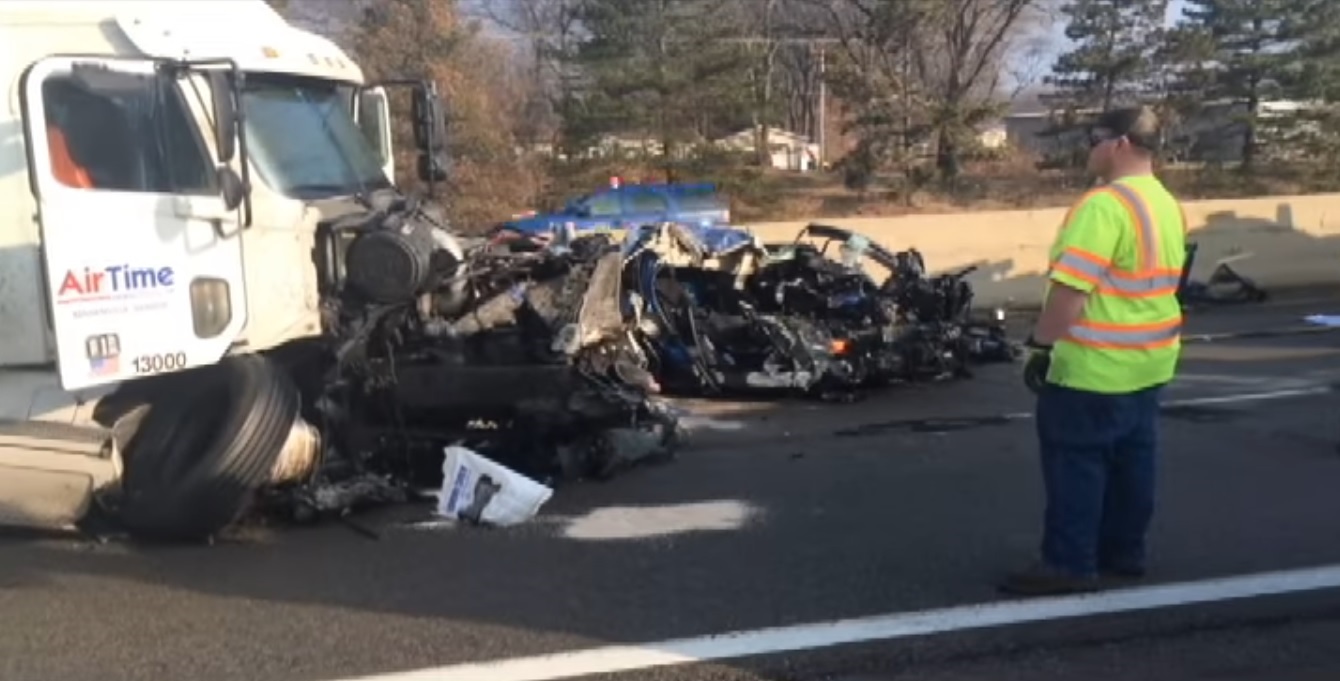 An Early AM Collision

At about 4 AM on Wednesday, Feb. 22nd, the  30-year-old female driver and her companion were headed down East I-94 near Exit 145 “at full speed,” according to Michigan State Police.

They were headed in the wrong direction.

That’s when, just west of the Sargent Road exit, they struck a tractor-trailer head-on and square-on and were fatally injured. The truck driver was hospitalized with minor injuries. It took over seven hours to clear the scene and open I-94.

Night Driving can be Dangerous Driving

While it’s not yet known if alcohol or drugs played a role in this crash, it’s a well known fact that late at night there are more inebriated and/or medicated people on the highways. Bars can close anywhere from 2 AM to 4 AM in the lower 48 states, and between 4 AM and 5 AM in Hawaii and Alaska, respectively.

Older drivers cannot see as well at night, and any driver at any age can develop eye issues.

Tip: “Many eye diseases have no symptoms, which is why I tell my patients it’s important to get a routine eye exam every year whether you think you have a vision problem or not.” Richard E Gans, M.D., FACS , the Cleveland Clinic Cole Eye Institute

Truck drivers need to have their eyes checked as well by medical professionals. In addition, they should be periodically trained in driving at night.

Besides learning about night driving techniques, drivers should understand fatigue management and the effects of fatigue at different ages and stages of their lives.

Did you know the driver most vulnerable and at-risk to suddenly nodding off while driving is a young man in his early 20s? A driver in this age range can more easily fall asleep as the night wears on, while driving in fog, or starting out tired.

Like the crash above, night time accidents are more likely to be serious crashes. If a truck driver falls asleep, there is no telling where he could end up.

The best personal advice I’ve received about night driving is to simply stop before you’re too tired. It’s not easy these days to find a good rest area to park.

So know the signs of sleep, and pull over. Drivers need to be alert not only to protect themselves, but to respond to the mistakes of others.

Rest up, buckle up, and shut down when you have the need. 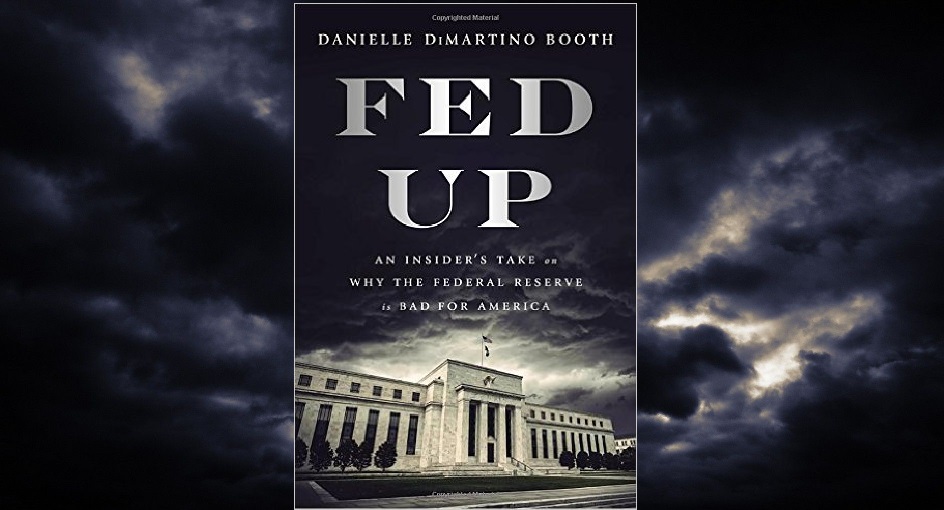 The Most Important, Most Powerful Institution in the World

It probably is, as the author suggests, “the most important, powerful institution in the world.” A better understanding of the ongoing errant behavior of this centenarian creature of Congress is the goal of Fed Up.

It’s the system, man. The Federal Reserve System, its official name. You may know it as the Federal Reserve. Or simply The Fed. And if it wasn’t misbehaving, that might have made for a different book title . . .

One of the biggest errors of the Fed, says DiMartino Booth, was its December 16, 2008 move toward a Zero Interest Rate Policy (ZIRP) on the Fed funds rate–paid by banks to banks. (Chap 1.) The Fed funds rate also affects the Prime rate, paid by bank consumers and the interest rates paid to savers.

At this time DiMartino Booth was already working for the Research Department of the Dallas Fed, which gave her a unique insider’s view of the behind-the-scenes action.

While the ZIRP prescription seemed to work, with the U.S. “officially” out of the recession by the middle of 2009, the zero interest rate policy didn’t change until the end of 2015. Things can move sooo slowly at the Fed . . .

In the mean time, savers, especially retirees, are cheated out of billions of dollars, year after year. And inefficient zombie corporations are being kept alive well past their natural lifespan, helping to create a drag on the economy.

Equally disturbing was the Fed’s veil of secrecy in making $3.3 trillion dollars in loans to Wall Street (Chap 14), all the while tightening credit requirements to Main Street. I can still recall all the controversy in 1979 surrounding the so-called Chrysler Bailout. One loan to one company. All kinds of concessions were required by both labor and management and no one was happy at the time. Flash forward to the beginning of the Great Recession and thousands of loans were made in secret to some of the biggest corporations and banks in the world, and yet where were the so-called public defenders?

Another ill-effect of current Fed policy is an inflation rate running ahead of wage increases. A cart of groceries can cost a family hundreds of dollars. Not to worry, the Fed’s economists (their numbers are legion), don’t bother to calculate the cost of food (or fuel) in their economic models, so why should we? A local insurance agent tells me a number of folks on fixed incomes have let their home insurance lapse in order to pay more pressing bills. Say what? This would be what is considered anecdotal evidence by the Fed, not worthy of their high and mighty data sets.

Danielle DiMartino Booth concludes with suggestions for a more streamlined Federal Reserve System. Congress needs to end the Fed’s dual mandate of price stability and maximum employment (price, per se, is simply information), and focus on stabilizing the buying power of the U.S. dollar. The Fed needs to stop its manipulation of the currency (via inflation) to jolt savers into spending money. In short, the Fed is in need of some serious, serious reform.

I agree and recommend reading Fed Up to anyone wanting to learn more on how the U.S. economy arrived at its current–depending on who you ask–stagnate state, and what is needed to insure it is able to move forward now and in the future.

Disclaimer: A copy of the book was provided by the author.

The drive yesterday noon on the Chesapeake Bay Bridge was described as blustery at best. Bridge officials had declared a Level 1 wind advisory, with winds over 40 mph.

The driver, 47, of Greenville, N.C., with about twenty years of experience, was at the 15 mile marker in the southbound lane ear the Eastern Shore side, when it is believed a gust of wind resulted in his tractor-trailer leaving the bridge.

I’ve written on the dangers of wind when pulling vans. There are several things to keep in mind about the wind:

It’s up to the driver to make the determination he or she can safely negotiate a windy stretch of road, bridge, or ridge. Some highways have windsocks for drivers. Usually weather reports will indicate the day’s forecast for wind gusts. Encourage drivers to check them and take note . . .

Although rescued from the water by a U.S. Navy helicopter, the driver died enroute to a hospital. Water temperature was estimated to be about 47 degrees F. at the time.

About thirty minutes after the crash, Chesapeake Bay Bridge officials hiked restrictions to Level 2, requiring tractor-trailers to be loaded with more than 30,000 pounds of cargo. Since its construction, this was the seventh truck to have gone off of the Chesapeake Bay Bridge, with only one survivor to date.